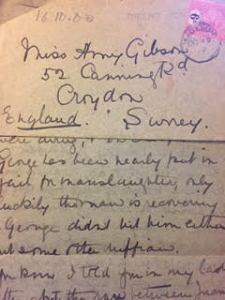 George has been nearly put in jail for manslaughter, only luckily the man is recovering and George didn’t hit him either but some other ruffian. You know I told you in my last letter about the row between the head packer and the sheller who went and annoyed him. A lot of them are jealous of him because he is getting on so well. Well! George and Mr Van Dort went down to the Court House the next afternoon to defend Juanis as the sheller had taken out a case against him for assault. It was adjourned until the 23rd and they thought the matter would drop till then. But in the evening just after dinner, about 8.30, Juanis sent a man to ask George to go over to his house as a lot of these men were abusing him and he wanted George to stop them. When I heard there might be a row, I made him take his hockey stick as I thought it might be some sort of protection and might frighten them.

When George got there he found an excited crowd, but being dark he could not see much who they were. So he took hold of one man by the arm and said, ‘who are you?’ The man said he was the owner of the piece of ground (it was just outside the mill boundary). George let go his arm and turned to speak to Juanis. As he did so, the man gave him a little knock over the head with his hand. Anthony, the watchman, was standing behind George and was so mad with the man for touching the ‘master’ that he gave him a punch with his fist and then Juanis flew at the man and a general row began. They shouted and bellowed. I was nearly frantic with fright as I thought George might get hurt. However, Anthony made him come away directly they began to fight as he said his being there only made things worse.

So he came to the house and sent off for Mr Van Dort and the head man and then hearing that the former had already got there, he went back to the scene of the fray. When he arrived he found that Juanis had been knocked senseless and one of the men on the other side had got a most tremendous blow to the head and was bleeding horrendously.The man was not insensible and both he and his friends declared that George had hit him with his hockey stick and they wanted him taken off to prison then and there. Mr Van Dort who is splendid at managing natives sent George back to the house to be safe and then started trying to pacify them. He had to talk for a good time but at last he managed to calm them down and thee two wounded men were taken off to the hospital. Juanis was not really hurt much, only badly bruised and was able to appear in Court the next day but the doctor said the other man only got there just in time. Another half hour he would have been dead. And yet that man, although he knew he had nearly died, swore the next day that it was George who had hit him.

The head man came to fetch the hockey stick in the morning and they were all very disappointed to find it had not got an iron tip, also that it was not covered with blood. They all went off to the Court House the next morning. George and Mr Van Dort started at 9 o’clock and did not get back till 8. I can’t say I passed a very happy day. The way those men lied in the witness box was enough to turn you blue, the only thing was a great many points in their tales did not tally but they all swore George hit the man. There was only Anthony who could speak for George and they had got hold of him (he is quite young) and so terrified him that he declared he did not go near the place till after the man was hurt. Of course, the magistrate knows that George is speaking the truth and the men are lying but he could not dismiss the case straight away as they would be sure to appeal so it has been sent to the Attorney General to decide and he will either dismiss it or send it to the District Court to be tried again but both the magistrate and George’s proctor think it will be dismissed. George and Mr Van Dort think this is really a put up job directed more against the Company than George personally and they think a man who was dismissed for stealing coconuts some time before we came is really at the bottom of it. When the row began they hoped George and Mr Van Dort would go so that they could mix them up in it.

2 p.m. It is raining hard and thundering. The N.E. Monsoon is on us and it begins to rain a little earlier every day and soon I expect we shall have whole days of it. But it is delicious to have it cool. It is quite chilly early in the morning and the water makes my hands quite cold. We have not taken to a blanket yet although have had it aired all ready. George is writing an account of his adventures to his mother and I have sent one to Kate and also written to Maggie. I am rather sorry the baby is a girl. It would be good for Dudley to have another boy and I hope Gwynie won’t be jealous. Mrs Gillespy said that Mr Bois is rather pleased that it’s a girl as he says he likes girls.

George and all the men have to go to the Court House on the 26th to hear the result of the Attorney General’s decision. If it is all right and the case is dismissed we are going up to the Nuwara Eliya for a fortnight’s holiday. Of course if it has to be tried again, we shall wait till after that but anyhow we shall go away directly it is all settled. We both feel as if we should like a change after all this bother and worry. It rather shook my nerves that night hearing all the bellowing and shouting and then being by myself all the next day was not very cheering as I kept on imagining all sorts of things when George was so late. He wished afterwards I had gone with him to the Court House but it would have been very uncomfortable for me there and besides he was riding my bike as Mr Van Dort’s had come to grief so he had to lend him his.

Mr Norman, the manager, came up on Thursday and stayed till Sunday. Of course he could not actually do anything but George thought it best to send for him, it is so difficult to explain things in writing. There is a slight chance of our being moved from here soon. I only hope it will come off. But Mr Norman says that the Company would like to get rid of Mr Harton but as his agreement is not up for a year they could do it without paying him six months salary. If they do that they will make George sort of visiting agent to both factories and we shall live either at Veyangoda or Colombo. Mr Van Dort will be in charge here with a responsible fitter for the machinery and George will come down regularly once a month to inspect. Of course this is very vague and they may keep on Mr Harton for his year and then move us but Mr Norman says Mr Harton is doing nothing for his money so they would really save six months salary by letting him go. I suppose we shall know by about Christmas time.

Very many thanks for the films which came all right. They are beautifully fresh aren’t they and might be all right.

I hope Mother’s finger is quite all right. It sounded a nasty place.

George says will you find out the price of sparklers per dozen.

Well, I think I have told you everything. This has been such an exacting week. I have not had time to think much.

Good bye, lots of love and kisses to everybody 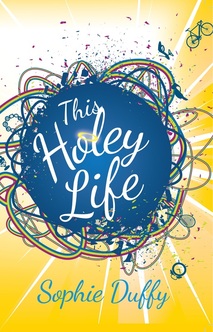 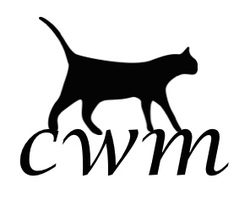